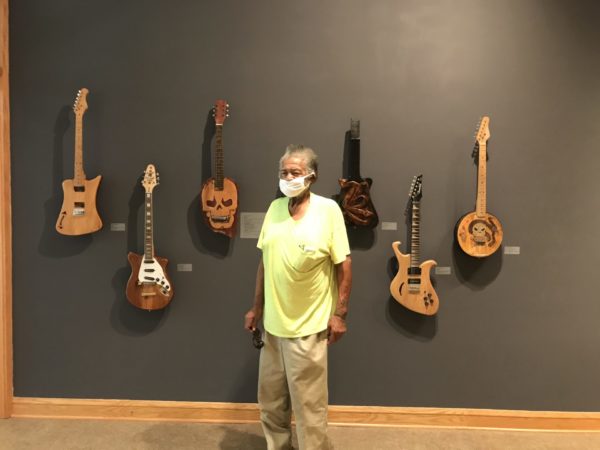 Hanging Tree Guitars at the Greenville Museum of Art 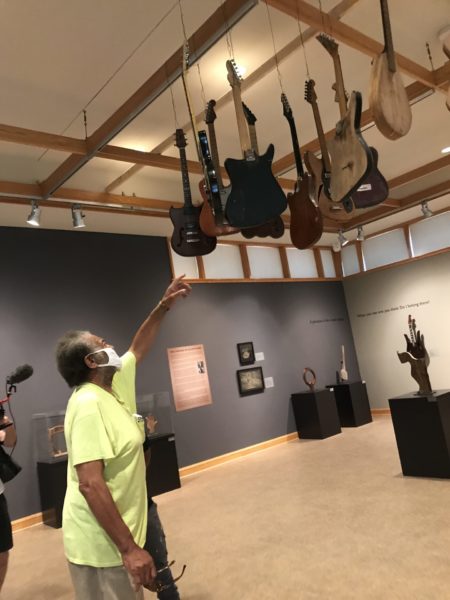 Freeman Vines looks at some of his guitars at the Greenville Museum of Art.

Mr. Vines came to the attention of Music Maker’s Tim Duffy by way of another Fountain musician, Lightnin’ Wells, who has worked with Music Maker and several of its legendary blues musicians for over 20 years.

Mr. Vines has recently had published his first book, Hanging Tree Guitars, and his handmade guitars and wood sculptures are on exhibit through December 2020 at the Greenville Museum of Art, which is open once again after several months of closure during the pandemic. [The exhibit has been extended through March 2021.]

He’s the brother of the legendary local gospel group the Vines Sisters, also known as the Glorifying Vines, who got their first European tour a couple of years ago through arrangements with Music Maker. Mr. Vines almost got to England last year to view the opening of an exhibit of some of his guitars.

We don’t get to hear him perform often around here, but this past spring, he was messing around with one of his newly constructed guitars, and I was able to capture this little tune: