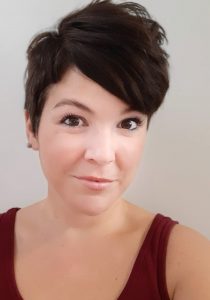 Jessica Doyle is the vocal coach for the Musical Theatre BFA program at ECU, where she teaches intro to musical theatre voice. She also has a special interest in rock & pop vocal techniques. Prior to returning to graduate school, at Central Michigan University, she worked as a vocal coach and performer throughout the U.S. mainland, in Honolulu, and for two years in Seoul, South Korea.

She came to ECU in fall 2017 and created, in partnership with ECU’s Speech, Language, & Hearing Clinic, the opportunity for all BFA Musical Theatre students to be screened and evaluated for vocal health concerns. Her current research interests involve the negative effects lack of sleep has on the voice, as well as on singers’ emotional, mental, and creative well-being. In August 2019 she presented her findings on the sleep habits of performing arts students at the Lilly Conference for Innovative Strategies to Advance Learning in Asheville, NC.