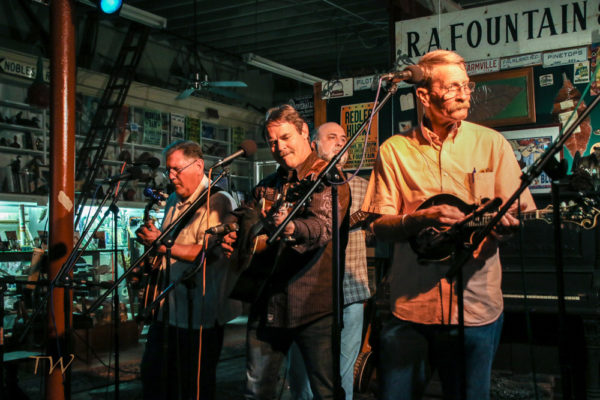 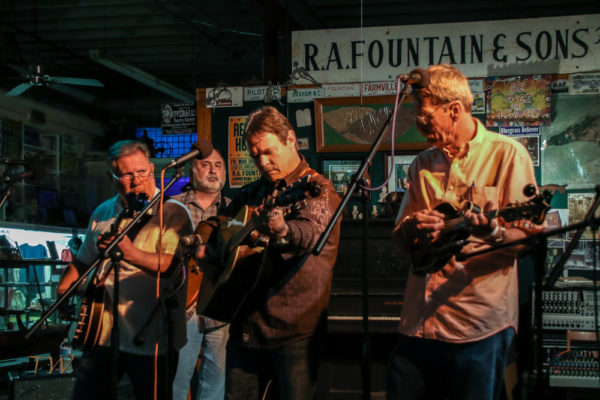 Formed in 1976, the Grass Strings first played Fountain with Jean Luc-Leroux in 2013 and have subsequently performed here a couple of times a year most years, like many of the best acts we’ve hosted, usually on their way to somewhere else. Long-time favorites at RAF, they are a well-established and experienced bluegrass band, originally founded in 1976 in Albemarle; most members are still in the same Piedmont area. Jim Burris, mandolin and vocals, is the last remaining original member. He’s joined in this incarnation by Randy Mauldin, vocals, banjo; Greg Abercrombie, guitar, vocals;, Ronnie Elwood, bass, vocals;, and T. Garrett Abercrombie, fiddle.

The Grass Strings record and perform both original and traditional bluegrass tunes. They are known for their three- and four-part harmonies and the skill with which the members play their respective instruments. Their latest project is the CD Lonesome Moon (2020), available on their website. 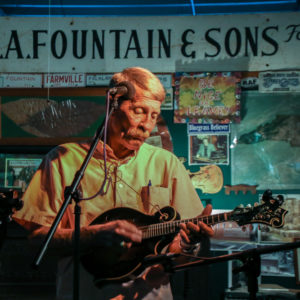 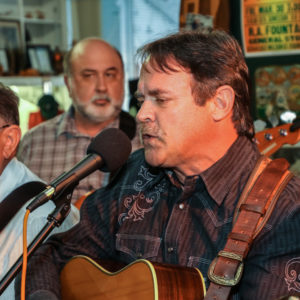