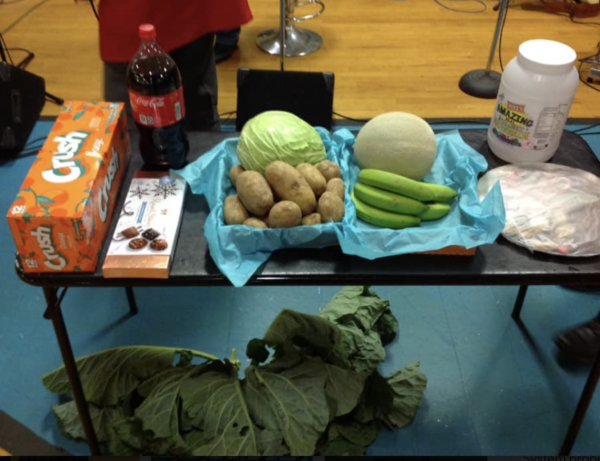 Christmas in another Galaxy

Christmas in another Galaxy

The road from Greenville to Kinston is a pretty straight one, but the same cannot be said about the circuitous route that lured me there. My accommodating husband and I put on our dancing clothes, and by that, I mean what I imagine people who dance might wear.

We’d recently glimpsed the unfamiliar world of dancers at a beach music Christmas party. There I’d seen ladies who seized the opportunity for sequins. An occasional fur stole even. And sparkly shoes. Those with good legs…and even in advanced years some had them….were not afraid to show them off with short skirts. “Short” in this context was a modest knee length. The men had the air of humanity wearing what was laid out for them, like really grown up Ken dolls. 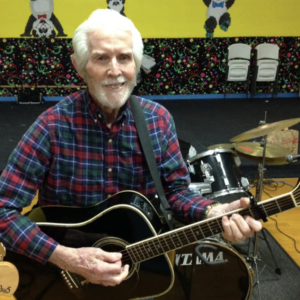 I knew all about that, because I’d encouraged my husband to wear his tacky Christmas sports jacket, with the image of colorful Christmas bows embossed all over it. When we entered the Galaxy Skating Rink, one of the men minding the table for the senior dance was his kindred spirit. “I had an idea he wouldn’t be the only one,” I said to the man, nodding to their jackets. The fellow next to him was wearing a comparatively sedate outfit, meaning that it was a solid jacket the color of Rudolph’s nose and Santa’s sleigh. That same fellow would later announce the birthday of the lead singer, Charlie Albertson. Albertson was dubbed “the singing senator” and would be turning 90 in January, we learned. He didn’t look a day over 80. The red-jacketed man said, “I’m younger than Charlie…I’m only a pair of “8s.”

The senior dance had one stipulation: you had to be over 50. Well two: no drinking or alcohol on one’s breath. But judging from the audience, the minimum age could just have easily have been 70. Having said that, we fit right in. We certainly were not asked to produce age verification.

The band, Without Further Ado, was set up at one end of the building, allowing ample room for dancing on the large floor usually inhabited by holy (or not so holy) rollers. 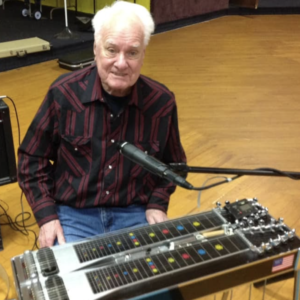 My husband made a bee-line to the band, to speak to steel guitarist Clyde Mattocks. “We can’t!” I urged, “They’re about to start.” But he is bold in all the places that I am not, so he strode confidently out onto the empty dance floor in front of  strangers lined up compliantly in chairs on the sidelines. We acted like we knew what we were doing and no one stopped us.

Mattocks greeted us pleasantly. Whenever I speak to him I don’t want to assume too much and feel like it’s necessary to explain how we met. But that’s probably more tiresome than over-familiarity. Mostly I act like a giddy fan, because I am. My husband underscores the sentiment by telling him, “She had to come to see you.” But even legends probably appreciate being appreciated.

The skating rink featured neon colored lights in stripes and walls alternately the color of egg yolks and psychedelic outer space. My husband spotted a large silver disco ball in the center of the ceiling and expressed surprise that they didn’t have it on, lit up and slowly spinning. I speculated that they didn’t want to risk throwing old people into a seizure.

I was drawn there by the music, not the dancing, and it did not disappoint. With lyrics like “Josephine, how do you do? Do you remember me baby, like I remember you?” often it was like stepping into another time. I couldn’t help thinking too hard about the lyric snippets I heard, like “You don’t put new patches on old wounds.”

While Albertson did the lion’s share of singing, band members took turns showing they had remarkably good voices. Several crowd-pleasing numbers were interjected, like “Margaritaville,” “Boot Scootin’ Boogie,” and “Under the Boardwalk.” Whenever a 2-4-huddle song was teed up (that is, a slow song that required little dancing finesse) my husband stood and stretched out his hand. He was never one to ignore a challenge. Mattocks had jokingly told us there was a “two dance minimum” and so he was determined to meet our quota. We warmed our chairs during lively numbers like “Mustang Sally,” and took to the dance floor for the more sedate “White Christmas.” Keyboardist Milton Houston channeled Floyd Cramer by playing “Last Date,” with its distinctive 4 bass note walk-up.

More than once during the evening a band member would make an announcement encouraging dancers to the floor for “Paul Jones.” We watched with fascination, hoping to maintain our preferred position as spectators. Men were encouraged to form a circle in the middle, surrounded by the ladies, who danced/walked/marched around them as if in a cake walk to lively music, like “Run, Run, Rudolph” or “Jingle Bells.” When the music changed to a slow tune, like “Today I Started Loving You Again,” the lady would claim the man in front of her as a partner. I couldn’t help noticing some ladies employed clever stall tactics to linger in front of a desired partner. Like in musical chairs, one woman always seemed to end up without a partner. She was not easily daunted. She simply went and plucked one from those sitting in chairs lining the wall.

At about nine o’clock, a door-prize announcement was made and we all excitedly took out our red paper ticket stubs. “I want the collards,” I told my husband excitedly. The table of door prizes included a 12-pack of Orange Crush, a 2 liter Coke, a box of candy, a cabbage, some potatoes, bananas, and a cantaloupe. But the grand prize, in my mind anyway, was the “mess of collards” as my mother would call them. One by one, numbers were called. “She’s going to get the collards,” I’d whisper to my husband, steeling myself for disappointment. But astonishingly, the collards were the last to go. And not to me. “You don’t even know how to cook collards,” my husband said, practically. I countered, “I could cook them if my mother told me what to do.”

When the clock struck 9:30, I felt myself turning into a pumpkin. We still had the drive back to Greenville, so we slid out before the final songs were sung, regretfully. Although I lost count, I figured we had about 8 dances to our name, which averaged about 8 more than we usually could be counted upon to do. And so I left with the warm, fuzzy feeling of experiencing Christmas in another galaxy. 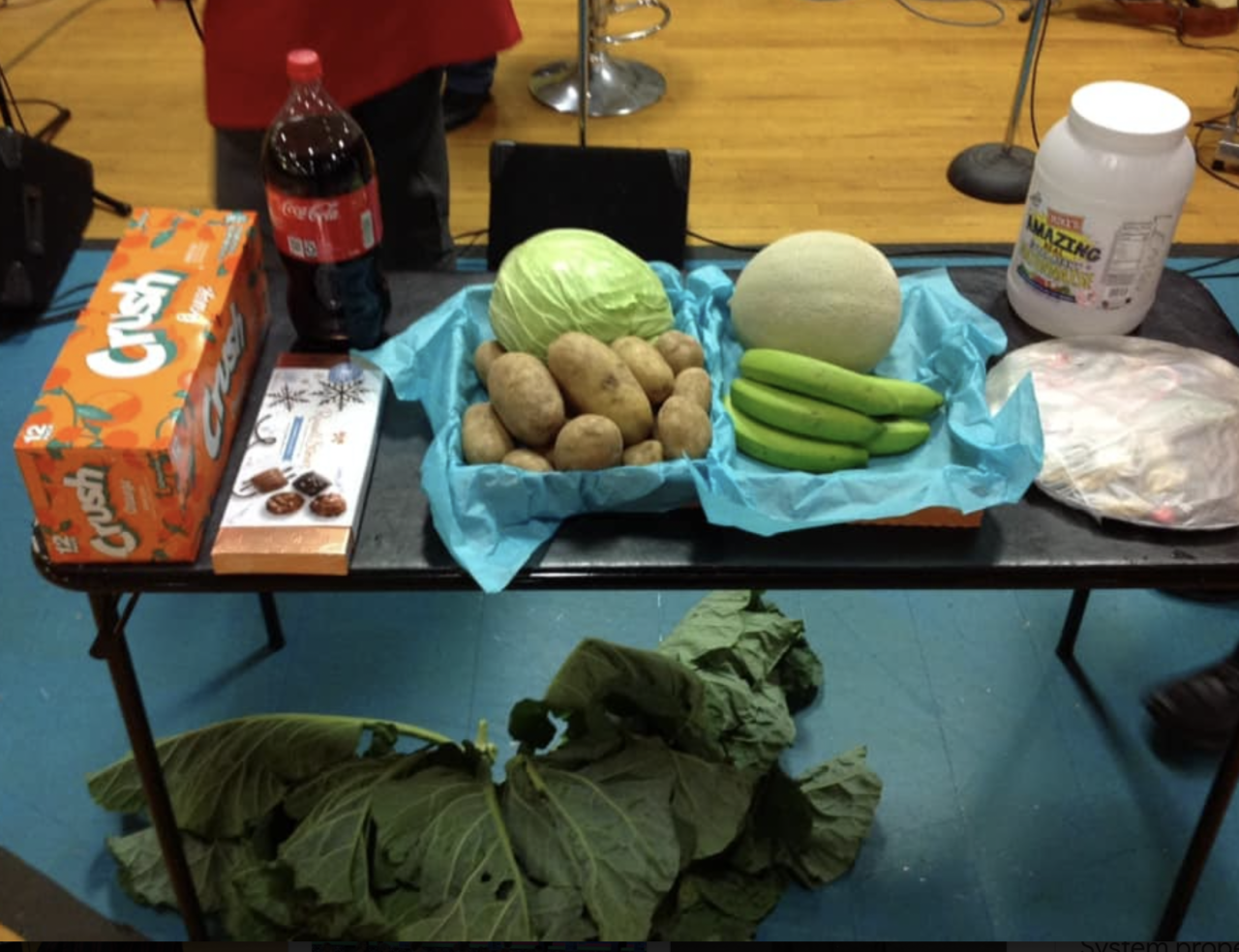