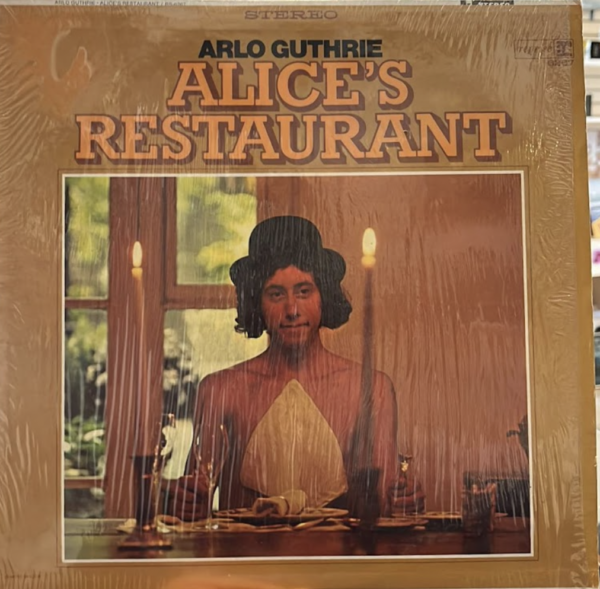 a seasonal smorgasbord of memories

Thanksgiving weekend generally marks the green light for Christmas music like Labor Day is the red light to white shoes. Or does it? These days, like the passé white-shoe-taboo, there really is no Emily Post of performers: anything goes in free society and at an Open Mic. Like one local-musician-who-shall-not-be-named, whose “Bah!” is usually only outdone by his “Humbug,” yet he started working up creative spins on Christmas favorites back in August and shortly thereafter, shamelessly, even proudly, began playing them in public. But for a lot of musicians, the season creates a quandary: Does the audience want a set filled with Christmas songs at this point…or is the last thing they want to hear?

Local musician Patrick Reid said that he has “dabbled with the idea of sprinkling holiday music in here and there,” but so far the only one that he plays is Robert Earl Keen‘s “Merry Christmas from the Family.”

A meme circulated on social media about this pivotal time of year: “Dear people that complain about Christmas music being played too early, I don’t see y’all writing any Thanksgiving bangers.”

But the crowd-sourced comment that ensued was golden. It was simply: “What about ‘Alice’s Restaurant’?”

The 1967 Arlo Guthrie Thanksgiving banger (i.e. “striking or extraordinary” song)  is forever linked to the shoulder-season holiday due to the lyrics, “Now it all started two Thanksgivings ago.” The 18 minutes and 34 seconds track occupies the entire A side of the “Alice’s Restaurant” album.

Ask a musician, especially one of a “certain age,” if they’ve performed it…what they think about it…and the responses are immediate and passionate.

Bill Redding is a local musician who one might peg as being a likely candidate to have performed it. He hasn’t, but gave an excellent explanation why: “I don’t do ‘Alice’s Restaurant.’ I thought about learning it back in the late ‘60s but abandoned the idea when I met a fellow friend and corpsman in Vietnam who played it and sang it perfectly.  He did it on a seemingly daily basis while we were ‘in country’ and then continued when we went to Okinawa and back to Camp Pendleton, CA.  I’ve always loved the song and usually will listen to it on or around Thanksgiving.  I never took the time to learn it and now feel that with CRAFT (Can’t Remember a Freaking Thing) creeping in I would be hard pressed to do it. I’m having to go over the Christmas carols that I’ve known by heart since childhood.  My guess is that anyone who did ‘Alice’s Restaurant’ back in the day is now either dead, demented, or has digital arthritis and has had to give up playing. Younger generations probably wouldn’t get the context.  I remember coercing one of my kids to listen to it one Thanksgiving. She indulged me, but didn’t have the same appreciation I had and never cared to hear it again.”

Redding later asked three guitar playing/singing friends if they perform it. One said he knew the chords to “Alice’s Restaurant” but never sang it. The others liked the song but couldn’t imagine doing it. “It appears as though we’re all confined to listening to Arlo,” he said.

While Redding suggested that younger generations wouldn’t get the context, Harvey Estes waxed eloquent about just that.

“‘Alice’s Restaurant’ is the greatest Thanksgiving protest song ever written,” Estes declared. “Admittedly, that’s a rather over specific category, but then it’s a unique song. On a Thanksgiving day, a guy gets arrested for littering and somehow winds up talking to a recruiter for the army.”

Estes, who was 17 when the song was released, remembers the time well, adding, “But back then, feelings ran much higher than that. You can see it in the story. A guy wants to get out of the draft by pretending to be insane. But this did not have the desired effect. Instead the sergeant came over, pinned a medal on him, and said, ‘You’re our boy.’”

Estes is quick to say, “Now this is, of course, horribly unfair to the many military men and women who served there with honor. But it does capture one side of the acrimony that was felt in those days.”

But the song, he said, reminds us of something to be thankful for. That our country is not involved in a major war. “I’m thankful that ‘Alice’s Restaurant’ is a magnificent song, but fortunately, it’s a little dated.”

Both Tony Parker and Estes particularly mentioned the lyric, “You can get anything you want at Alice’s Restaurant–‘ceptin’ Alice.”

“The little bit at the end of the refrain got me the first time I heard it,” Parker said, “ and my ears tend to pick up little musical phrases such as this since then. You’ll often hear me sing it, out of the blue.”

Estes said, “Back in those days, it was really risque talk! Today no one would notice, but back then, the times were much more innocent.”

For Parker, the song is woven in with the tapestry of his life. “I suspect my fondest memory of the song was driving along the blue Carolina Highway on the way to see my wife’s family for one of the first times. Outside the air was brutal cold, but inside the car was warmth, enhanced by Arlo, Alice, and Odie.”

“Guthrie’s song is like a fire crackling in the background, each spark telling a bit more of the tale and inviting you in. A hush descends anytime the tune comes on the radio so the parties to the story can listen deep so as not to miss a single word, and always there is the sing along.”

“As I sped along the countryside, the radio picked up the familiar tune, and all worry about meeting them faded. All was good as I listened to the tale of garbage and the draft and the sort. I imagined being there among Guthrie’s friends, involved in the whole shebang. Once in High Point, parked and inside the house, all was fine.”

As Jeff Blinder pulls the album from Alley Cat Records’ eclectic collection and holds it up, thereby becoming a hand model, the ripples of cellophane wrapping catch the light. Like looking through bevels of an antique window pane, the record cover offers a time-travel moment into the past. An era over 50 years ago that was at once painful, charming, eccentric and fun. Music reflects the times and serves as a talisman of memories.  And whether or not we are willing to memorize a Guthrie-load of lyrics, we are thankful for it.