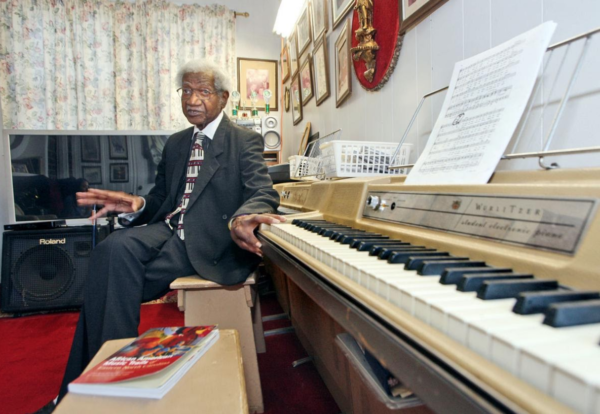 To Maestro, With Love

The image of then-Senator John F. Kennedy’s motorcade crossing Greene Street bridge on September 17, 1960 into Greenville on a campaign stop is forever etched in local lore. In a moment of photographic serendipity, local band leader Johnny Wooten, looking sharp in his white uniform and hat, is immortalized with arms raised, leading the C.M. Eppes marching band in “Carolina in the Morning.”  The photograph appropriately captures Wooten’s significance and impact on the music and people of Greenville. Heaven’s horns are sounding sweeter since his passing May 30, 2020, as some locals remember the lasting impressions Wooten left behind.

“Who could ever forget that contagious smile?” said former student Jenny Riggan. “ He would smile…and you just couldn’t help but smile back!”

“He had a rapport with the kids that was phenomenal,” Jimmye Jones, C.M. Eppes alumnus said. 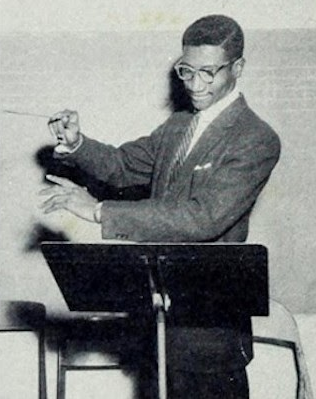 Bill Myers, leader of the Monitors for over 60 years said, “Johnny and I have been friends forever. I can’t remember a time when I did not know Johnny.”

André Wooten, Johnny’s son, described Bill Myers’ and his dad’s relationship by saying, “They were like salt and pepper…they were very close, fraternity brothers.”

“We literally grew up together,” Myers said. “Shooting marbles, going to first grade all the way through high school we were together.” They were both into music, he explained with Wooten gravitating more to gospel music while Myers was more into jazz.

Myers remembered the conditions of their childhoods: “We were not wealthy by any means. We did the best that we could. We had great teachers at C. M. Eppes who motivated us, directed us and taught us even though we were in schools that were supposed to be separate and equal…they were certainly not equal. But we had great teachers who encouraged us to go to college even though we didn’t have the money, but they got us there. We were able to be successful.” 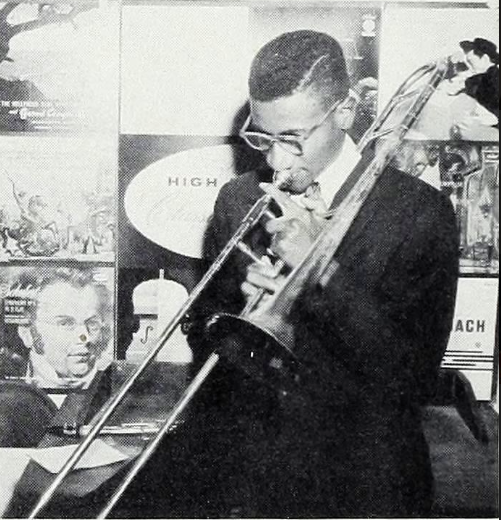 When they graduated from high school, Wooten decided to go to North Carolina Central (then North Carolina College in Durham) as a music major and Myers went to Virginia State as a music major. Upon graduation, they both became band directors. “Our bands would exchange shows,”Myers remembers. “I’d go to his school and perform and he’d come to my school and perform. We’d be in parades together.”

Myers remembered Wooten for his humor and dependability. “He would make things happen,” he said. They were fraternity brothers in Omega Psi Phi for nearly 65 years.

Jimmye Jones remembered Wooten beginning from the time he came to his school, C.M. Eppes, as band director when Jones was in the 10th grade. “He turned out to be one of our best band directors. Later, with desegregation, he went to Rose,” he said. “He almost made me his drum major but I was more interested in girls. But I regret it to today.”

And while Wooten was a fixture teaching music in the schools, he was also in demand after working hours. “A lot of time rock stars would come to the area….Gladys Knight or BB King or Ray Charles …and they wouldn’t bring their whole band while traveling, so they would get people like Johnny Wooten, who could read music, to fill out their band,” Jones said.  The Clovers, the Midnighters, Jackie Wilson, Marvin Gaye played at the Cavalier Club on 5th Street….the corner of 5th and Hudson.”

Jimmye Jones was the lead singer of a group formed by Wooten called the Wootenaires. They sang Harry Belafonte calypso tunes and music from the Four Lads, the Four Freshman. Some favorites of theirs were “Lisa,” “Graduation Day” and “King Jesus Is a Listening.”

“We wore gray blazers and black slacks,” Jones remembered. “We won several talent shows…we won every contest we were in. Marvin Outterbridge, Donovan Phillips and I are the surviving members.” 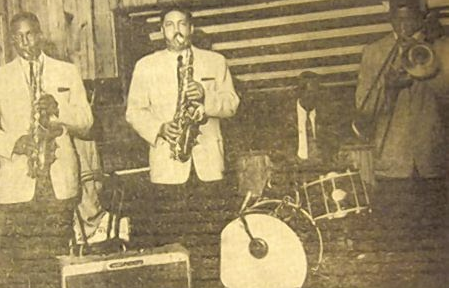 The Cavaliers performing at ECU in 1958

Wooten and Myers were a part of a band called the Cavaliers, which was the first all Black band to perform on the campus of East Carolina University, on October, 29, 1958. Myers was known for being able to play two saxophones at one time. André Wooten remembers his dad had some fancy maneuvers of his own, playing piano with one hand and trumpet with the other.

Skip Foreman, a journalist who grew up across the street from C. M. Eppes school, said, “Johnny Wooten worked in a small part of what was at the time a small town, but it seemed his ideas were anything but.” Foreman said he was too young to recall if any other Black high schools had marching bands, but said, “if they did, there was no chance they measured up to the Eppes High Marching Bulldogs.”

“What I remember the most is that he came up with a school fight song, as it were. He borrowed the fight song for Purdue, and it was the one the band played when it marched off the field at the end of the halftime show,” Foreman said. “The departure from the field itself was something of a show; band members high-stepped, making the crispest of turns as they headed back to the only permanent bleachers at the Eppes High football field. The trumpet players were especially notable because they twirled their horns on their fingers. For a young kid, it was kinda cool.”

And because Foreman’s house overlooked the football field, he always knew what the next halftime show would involve. “Mr. Wooten had the band do formations, and not just fancy lines of musicians. I vividly remember he had the band form the shape of a steer as they played a song from the series ‘Rawhide.’ They became fixtures in the city’s Christmas parade as well.”

Wooten made an impact on his students they wouldn’t soon forget.“I remember like it was yesterday…Christmas play practice…and he chose me to sing solo,” said Jenny Riggan, who participated in music programs at South Greenville under his leadership. “I was so very afraid. He reminded me that he would be right there, playing his piano just like we would practice and all I had to do was watch him and forget the room full of people, just sing to him.” 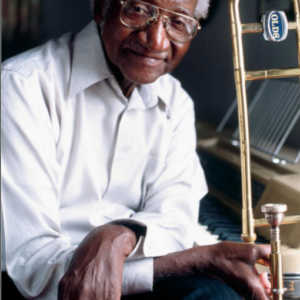 Carolyn Smith played clarinet under his leadership at E.B. Aycock in the early 1970s. “He was a snappy dresser. I seem to recall him wearing bell bottoms, which were all the rage then,” she said. “Kids would talk smack to him, like junior highers do, and he would give it right back to them. Not ugly or inappropriate but he didn’t let them get away with it. He was always in charge and would wait until everyone settled down and was ready to work.”

Muriel Jones Hines considered Wooten her uncle, as their families were connected by marriage. “My twin sisters were the ‘banner girls’ for the Marching Bulldogs,” she remembered. “His passion for music back then was his life. Uncle Johnny had this look that he would give you while he was talking to you, and when he spoke and smiled at the same time, you knew he meant business.”

“I was so sad to hear of his passing,” Myers said. “And I was so hurt that he passed during this COVID because as popular as Johnny was, as much as he helped people in Greenville, his funeral should have been in East Carolina football stadium. And I’m sure he would have filled it up. Because he was just that popular and friendly to everyone in Greenville and he did so much, giving piano lessons, music lessons, and trying to help people in different churches. The list just goes on and on.” Due to the pandemic, it was a private funeral with family and a few close friends, including Myers.

André Wooten, who carries on his father’s music tradition by playing trombone and keys, said “My first name is Johnny too….I will never use it.  When someone sets a standard, you can’t come behind that. I’m very proud to be his son…to experience my father first hand was amazing.” 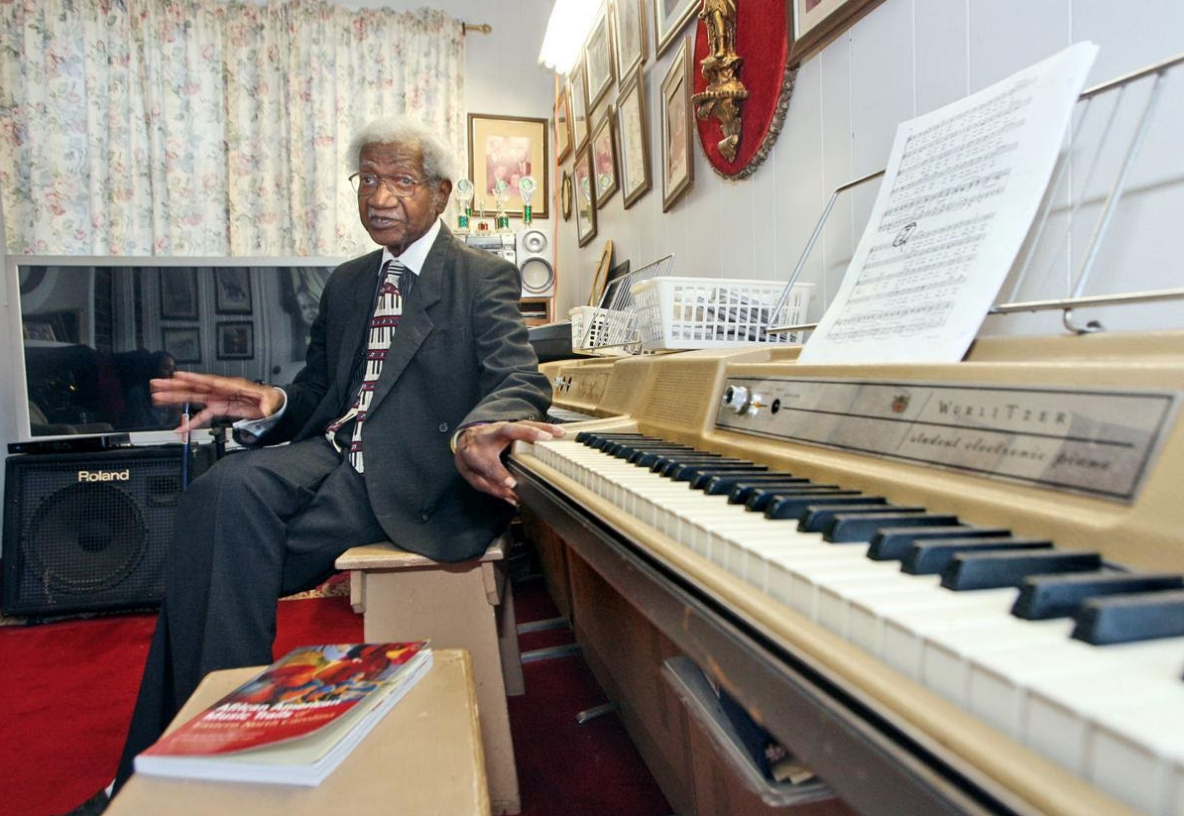