If you’ve been looking for a great pedal steel to moan behind your Hank Williams cover, tonight’s your night. This Baltimore-based duo will be ready for all comers as they host tonight’s open mic. Interested performers can sign up once they arrive, or reserve a slot to sing a couple of tunes by emailing alex@rafountain.com. And the beauty of this one is that if we don’t have enough volunteer performers to fill out the evening, these guys have plenty of songs to share. 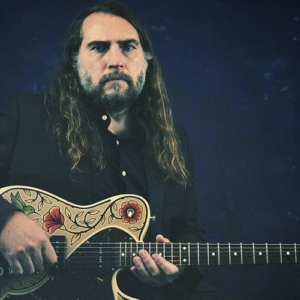 Formed in 1998 by Andrew Grimm, June Star has released 16 albums and toured extensively throughout the U.S.

Grimm, who writes the band’s original songs, is joined by Dave Hadley on pedal steel guitar and, when they’re closer to home, Mike Kuhl on drums.

“Duckpin” Dave Hadley, who grew up in Illinois, first played pedal steel with the U.S. Army band. He’s performed with LeAnn Rimes, Billy Strings, and Justin Townes Earl among others. He earned his nickname from his love of duckpin bowling.