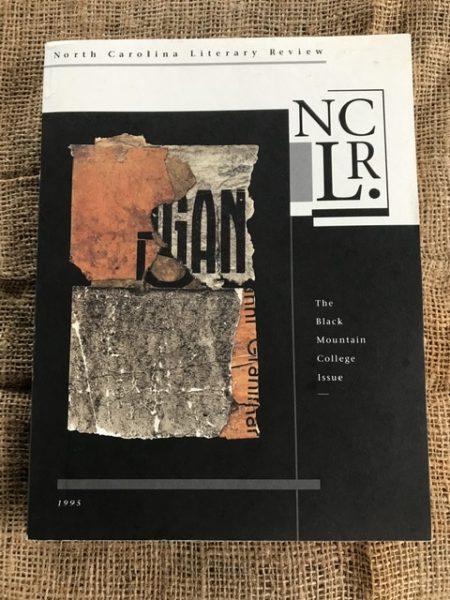 My first best lessons in editing came from Robin Brewer, my supervisor at Henry Thorpe & Associates, where I worked for a year between schooling in Chapel Hill and Greensboro. I wrote copy for several corporate magazines and did an especially dazzling job on a piece about one of those clients, digging up in the process the most interesting of historical narratives about how it had gotten to the summer of 1973, much of it the fascinating story of its founder’s life. Those two pages became a single sentence that said, matter-of-factly, when the company was founded, by whom, and in what city. The founder was dead and mattered hardly at all to the size of the company, the territory it now occupied, the number of folks it employed, and oh how bright its future was.
This was public relations, of course, which clarifies the lesson but in no way minimizes it: what you write, if you want it to be published, needs an audience, and you ought to think about who that audience is and what they’d expect from a narrative like yours.
I didn’t stay long at Thorpe’s, and last I heard Bob Robin was off in Texas. It would be 15 years before I’d think much about editing again in any way not connected to reading student writing. During the year’s leave I took from teaching at ECU, to promote “Pitch a Boogie Woogie” and to work on the documentary about it, I was fortunate to meet my main mentor, Bertie Fearing, who was  editing the journal Teaching English in the Two-Year College. I, her only assistant, learned quickly that you can’t rush a railroad edit.
At NCLR, I wanted a magazine, not an academic journal, and it was with an eye towards stitching together well-written and well-researched thematic issues that we–Bertie, John Patterson, and I–developed what was one of the first creative nonfiction periodicals. There were then, more so than now, a number of excellent journals in North Carolina publishing poetry and fiction. We sought a place, and I believe found one, for publishing narratives that good readers, and not just academics, would enjoy, and in the process primarily published fiction and poetry by invitation only, and as part of a developing theme. The exception was our Wilmington Race Riot issue, a theme which began with an excerpt Philip Gerard sent us from his forthcoming Cape Fear Rising.
One of the most gratifying experiences of my tenure at NCLR was watching Bertie’s interests turn towards creative nonfiction, and seeing how good she got, and how much joy she brought to such subjects as Manly Wade Wellman and our literary cats issue, neither of which would have happened without her smart drive.

Easy work is trimming your word count, as drastically as you’ll let me without altering what you’ve said. Tightening rarely hurts. A little harder is eliminating all the times you refer to yourself, that “I” point of view. Active verbs, setting, some context help, as does, especially, knowing who’s behind the mask of that “I.” Close-read editing like this is one way of proceeding.
A third-party global view of structure and how your narrative engages, moves, and resolves is another. Or something in between.
My editing strengths work best with nonfiction, creative nonfiction, and cultural criticism.
I can’t tell you how to get started or where to send what you’ve written, but I might be able to clarify or even strengthen what you’ve already done.
Meanwhile, here are six good reasons why some poets make such good essayists.

Honors
NCLR was named Best New Journal of the year, 1992, by the Council of Editors of Learned Journals. It also earned 15 regional, national, and international design awards, thanks to the excellent work of Eva Roberts and her talented assistants, for the five issues that I edited.